A standard aluminium mitre saw's motor can be rotated to cut at a range of miter angles, but can only cut at 90 degrees. Compound mitre saws can rotate or can be tilted sideways to cut both bevels and angles - but typical compound mitre saws are only tilted to the left. If you want to cut an opposite bevel at the other end of the part, you have to flip everything over to make the cut. Ginifon aluminium double head mitre saw is a compound saw that tilts left and right so you can bevel in either direction without flipping the workpiece.

What problems should we consider ? 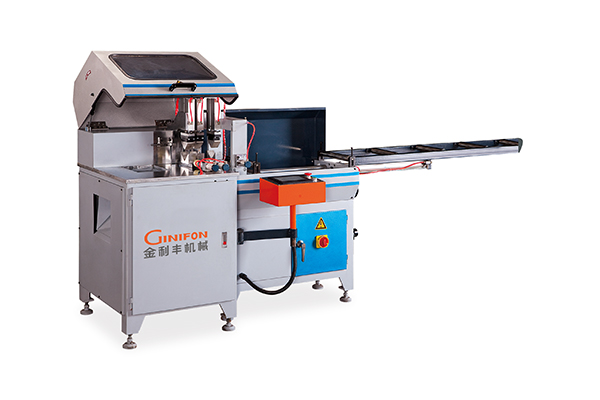 Crown molding is a perfect example of using a double bevel mitre saw. For a 90 degree angle, the mitre angle is typically about 31.6 degrees. The incline or slope is approximately 33.9 degrees. The crown molding is laid flat on the fence and cut.  Ginifon aluminium cutting mitre saw requires you to flip the die 180 degrees and cut the mitre on the other end of the die. A double bevel mitre saw allows you to make your first cut, slide the die down, tilt the blade to the other side, and make the next cut without flipping the workpiece. This feature also makes it easier to cut odd angles on furniture legs, brackets and other components.

Calculating complex angles is another advantage of a double bevel saw. Most saws have standard preset angles, but presets don't always work in all situations. For example: a 31.6 degree bevel and a 33.9 degree bevel for a 52/38 crown molding, which is considered standard. Crown moldings of other sizes require different settings, which may or may not be referenced by the preset. Today's dual bevel compound saws tend to be more advanced than most of their standard counterparts, with more options that make them more adaptable to complex angles. 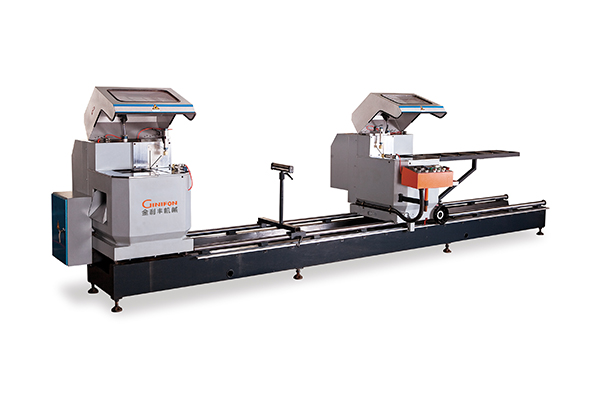 A double head mitre saw is more expensive than a single bevel saw. A single bevel mitre saw can make the same cuts as a double bevel saw; the advantage of a double bevel saw is convenience and efficiency. If you're considering becoming a carpenter and planning to install delicate architectural millwork, it might be worth spending the extra money on a double mitre saw. If you're a regular do-it-yourselfer who occasionally deals with crown molding, the single-bevel model will do the trick.

Table saws are another type with mitre cutting capabilities. For many years, table saw blades were angled only to the right. More advanced table saws have blades that tilt from side to side. Due to the larger, wider, and longer pieces cut on a table saw, the side-to-side blade tilt is a huge benefit and highly recommended for serious woodworkers.

We are always providing our customers with reliable products and considerate services.